Flexees’ body shapers are some of the best there are out now. When you’re looking for women’s shapewear, you pretty much don’t have to look any further than Flexees, because the silhouettes of their designs are matched only by how well designed they are. They’re not like wrapping a boa constrictor around yourself. Three of the best Flexees shapers are the Ultimate Slimmer Body Briefer, the Ultimate Instant Slimmer Torsette, and the Long Torso Waistnipper. 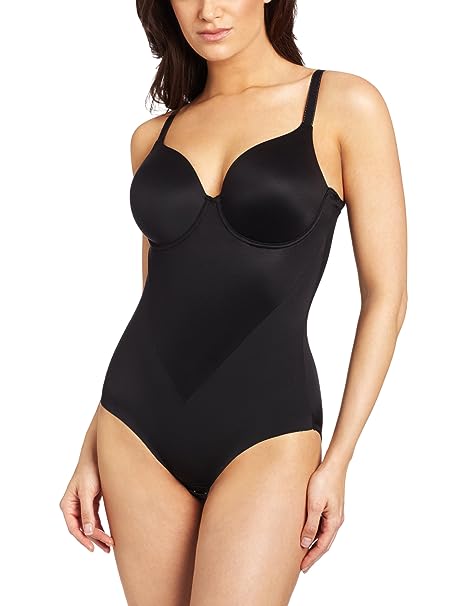 The Flexees Ultimate Slimmer Body Briefer is an example of shapewear underwear that doesn’t look anything at all like a girdle. It looks and feels a lot more like a leotard that a dancer wouldn’t think twice about wearing. It’s a pretty comfortable nylon and cotton mix that breathes well, and they include something called “nanotechnology,” the kind that wicks perspiration away from your skin. So it’s very comfortable if you’re wearing a heavy coat, or if it’s during the summertime and you’re sweating (or it’s raining).

While it’s different, the Ultimate Instant Slimmer Torsette is no less sleek and subtle than its sister models. It just looks and feels like a shirt – the term “women’s shapewear” won’t cross your mind when you’re wearing it. Of course, it has the same Flexees trademarks of being extremely breathable, since it’s a nylon and lycra spandex product. And while the ads all say it has “panels” in it to shape you, you won’t feel like a football player when you’re wearing the Torsette.

And last but certainly not least in my picks for the slimming undergarments category that Flexees makes is the Long Torso Waistnipper. While it does have the most “girdle like” look about it, it’s extremely soft and fits gently. The Waistnipper (which is such a silly name) slims your waist and evens out your midriff from your bra line to your hips, so it gives your curves just the tuck they need without going overboard with it and looking like a Barbie doll.

We use cookies to ensure that we give you the best experience on our website. If you continue to use this site we will assume that you are happy with it.Ok